The sun is out, the beers are cold and the grill is on.

This isn’t your first BBQ. You know all the basics, you’ve heard all the safe beginner barbecue stuff – don’t start until the coals are white, ensure meat is properly cooked through, etc. But no-one got a Michelin star from just knowing the basics. It’s time to bring up your bbq game to professional level with some advanced tips for serious grillers.

Whether you’re a traditional smoky coal pit ‘cuer or a streamlined gas blazing heat freak; you need to understand the tool you’re working with to get the best results. Specifically: locate the different areas of your grill. Every barbecue has hotspots and hotterspots. With a gas barbecue you’ll often find that the most intense heat is towards the back of the grill, though it can vary and you may find that one particular side gets hotter than another. The benefit, though, is that these hotspots will remain consistent so you can discover the different areas over multiple cooks. With a coal barbecue the spread of the coals will affect this so you’ll have to wing it a bit, and work it out each time. 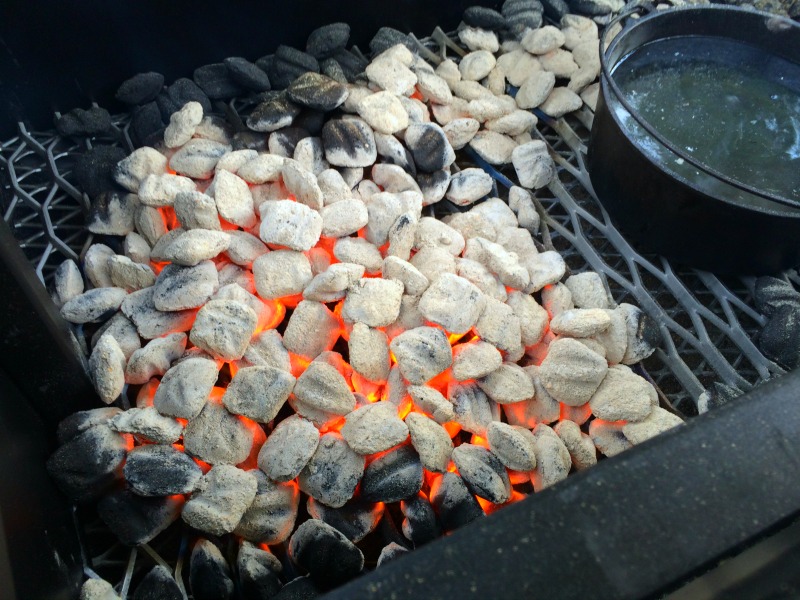 Once you know where the hotspots are, you can distribute your food accordingly. Remember: you want to ensure everything is cooked through, without overdoing it (we’ll come back to this shortly). Keep a good rotation to ensure everything is evenly cooked and nothing is ready sooner or later than anything else. Use it to stall for time – if a couple of sausages are ready move them to the cooler area to stay nicely warm until the chicken’s done (another advantage of cooking with gas is that you can adjust the intensity of the burners, or even turn one of them off, to create a simple warming area). A basic mistake of many barbecuers is going too hot for too long until their food is crunchy, black and tasteless. This isn’t to say you shouldn’t be wary of undercooking food – the most important thing is still ensuring your meat won’t make people ill – but there’s no need to go too far. Use the grill hotspots to your advantage. If the flames are reaching up and licking your drumsticks, they’re just going to end up burned on the outside and raw in the middle. Move them away from the intensity of the flame and let them cook for longer, turning regularly, at a more even heat that will penetrate through to the middle without searing the outside.

On the other hand, when it comes to something like steak, you may be looking for that crispy outside with a tender, pink centre. So throw that right on the hotspot and blast it with fiery heat for a few minutes on each side.

For most foods it’s just important to ensure that they’re cooked through without having the flavour grilled right out of them. So just keep an eye on them, turn them regularly, move them to hotter or cooler areas of the grill as needed, and cut in to them to check the texture in the middle. As soon as the centre of any meat is done, take it off the heat. You do not need your sausages to go completely black, you just need them to be cooked.

3 – Be adventurous – try something different. So you’re the king of burgers, the top dog of sausages, the wizard of wings. Why stop there? Now’s the time to broaden your barbecuing horizons and explore new territories of grilled goodness. Because, as it turns out, just about anything can be barbecued.

For the moderately adventurous there are plenty of delicious grilled foods that don’t often make it to the traditional British barbecue. Many people forget when barbecuing at home that fish can be an excellent, fresh summer meal. White fish coated with olive oil, garlic and lemon slices can be wrapped in tin foil and placed on the barbecue for a delightfully light lunch. Or smaller fish, such as fresh sardines, can be salted and thrown straight on to the grill whole for a very simple and delicious starter or small dish. Or try cooking fresh tuna the same way you would a steak – crisping up the outside but leaving the middle juicy and rare, serving simply with salt and a squeeze of lime.

Vegetables are another area often left out of a barbecue, exiled from a kingdom ruled by meat. But no king can rule alone and mixing in various vegetables adds a variety of more interesting flavours. Onions, peppers, mushrooms and corn-on-the-cob are all safe bets for many barbecuers, but for those looking to go a bit more advanced try delving deeper in to the greener section of the supermarket. Stuffed peppers and courgettes go nicely on the grill and allow you to experiment with different fillings – cheese, rice, beans, mince – and flavours. Asparagus is an easy one, only taking a few seconds to get nicely grilled. Or sweet potato skewers, with or without chilli, are a nice way to complete a fully barbecued meal.

Still looking for something a bit different? Get experimental.

Lay some tin foil on the grill, with the edges curled up to prevent spilling, lightly coat with oil and drop an egg in the centre. Boom, barbecued egg. Cook up the rest of a full English on the bbq (even toast if you’re feeling extravagant) and enjoy a smoky summer breakfast.
Or fully embrace the “anything can be barbecued” idea and try baking a cake like the ever-creative culinary geniuses of youtube:

Understand your barbecue. Understand how to get the best flavour out of your food. Experiment with new ideas. That is all it takes to become a barbecue master.

Well, that and a nice cold beer.